Gout is a form of arthritis that causes inflammation in the joint. This inflammation leads to the formation of urate deposits called tophi. These tophi are crystalline structures that cause extreme discomfort and pain.

They can build up over time, causing further damage to the affected area.

When the tophi begins to grow into large masses, it becomes difficult to walk without experiencing excruciating pain. In some cases, the tophi can even obstruct blood flow (see also “Natural Blood-Thinning Remedies: Vitamins & Supplements To Reduce Blood Clotting“) to the extremities, causing gangrene.

It isn’t possible to easily remove gout crystals and doctors typically prescribe anti-inflammatories, cortisone injections, and medications to lower uric acid levels. However, there are times when surgery is required to completely remove the tophi.

The disease tends to strike middle-aged men, although it can occur in younger people too. Experts say there are several reasons why men are affected more frequently than women.

They include lifestyle factors such as alcohol intake, obesity and diet, while hormones like estrogen play a role too.

Men tend to drink more alcohol, and eat more fatty foods than women. These habits can play havoc with blood sugar levels , which increases the amount of uric acid produced by the liver.

In contrast, women produce less uric acid than men. Although after the menopause – when oestrogen levels drop – uric acid production goes up again.

Symptoms of gout usually occur in the big toe, but can affect other parts of the foot including the ankle, heel, knee, shin, and even the elbow. However, symptoms do vary depending upon where the tophi are located.

About 80% of people with gout experience acute attacks, while 20% suffer recurrent episodes. Acute attacks are characterized by sudden onset of intense pain, tenderness, warmth, and swelling.

They often go away within 24 hours. Recurrent attacks are characterized by intermittent periods of painful inflammation lasting days or weeks.

As we’ve mentioned there is no simple way to eliminate gout crystals but there are ways to help ease symptoms.  Treatment includes dietary changes, medications, and surgery.

Your healthcare provider may prescribe medication to reduce the level of uric acid in blood. This can lead to relief of symptoms.

Surgery may be required to relieve pressure from tophus or to repair damage caused by urate crystals. Surgery may involve removal of tissue or joint replacement.

The term “colchicine” refers to a class of anti-inflammatory medicines used to treat gout.

Colchicine lowers levels of uric acid in the bloodstream, thus preventing the formation of uric acid crystals. It works best when given early in the course of the disease. If symptoms do not improve after three days, your doctor may try another drug.

If you suffer from recurrent attacks of gout, you might find steroids useful. These drugs reduce inflammation and help relieve pain. You can take steroid injections directly into the inflamed joint(s).

Allopurinol helps prevent attacks of gout by also lowering levels of uric acid in your blood. Allopurinol comes in pill form. Your doctor will prescribe one that’s right for you based on how severe your gout is and what medicines you take already. Take allopurinol exactly as prescribed.

If you’ve been diagnosed with gout, chances are you know about allopurinol, the most common treatment option. But there are some other options too, including sulfinpyrazone (Probenecid), benzbromarone (Lumefantrine) and probenecid (Benemid).

These medications help flush urate out of your body and reduce inflammation. However, they don’t always work well. If they do, though, they’re often recommended as a second-line therapy. They are useful to try if no other medication has worked.

The question of surgery for gout most commonly comes up when someone has a large clump (tophus) of urate crystals (uric acid). A tophus is usually found in one joint, such as the big toe, and is associated with chronic gout.

This may be if the tophi is on the bottom of a foot, and the person cannot walk because of pain in that area. Or it may be on the side of a foot making it difficult to wear shoes.

An especially difficult problem is when a tophi breaks loose from the inside of the joint, allowing bacteria into the wound. If you do not treat the infection properly, it can spread along the bones to cause osteomyelitis – an extremely serious infection that requires hospitalization.

Whenever possible, healthcare providers try to avoid surgical removal of tophi. They think that the best way to manage gout is to control the level of uric acid in your system.

The good news is that there are many ways to relieve symptoms and prevent further attacks. Here are some tips for managing gout:

Drinking too much alcohol, especially beers and spirits, can increase the amount of uric acid in your bloodstream.

If you want to cut down on the amount of alcohol you drink, choose wines rather than lagers because they contain less uric acid.

Research has shown that vitamin C might help lower uric acid levels in some people with gout. This is another reason to eat lots of fruits and vegetables, since they are high in potassium and low in purine, a substance that contributes to elevated uric acid levels.

Removing gout crystals from joints isn’t easy but there are several different types of treatments available for gout, depending on how severe the disease is. The goal is to keep uric acid levels in check. 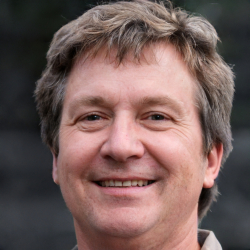